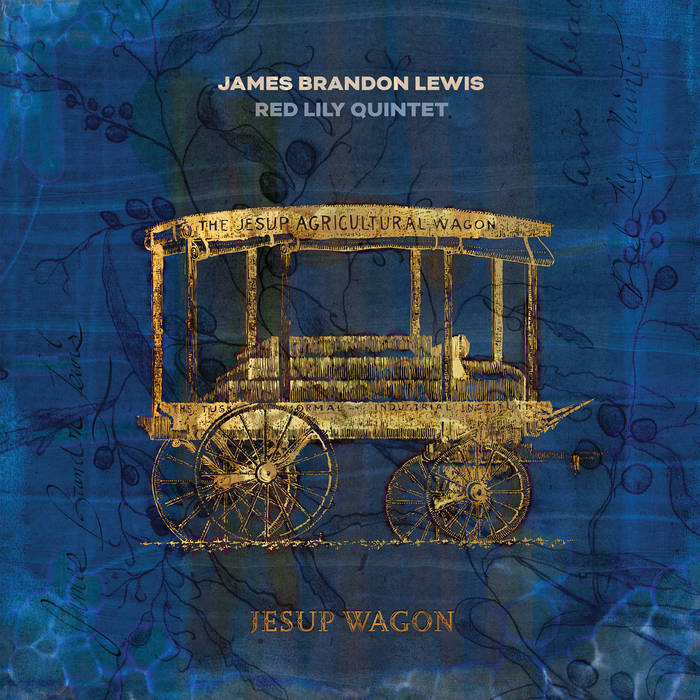 Stacy Nathaniel Jackson If my pops were alive, he'd say "man, can you dig it! let me borrow your sax." Tap tap, this & that. Poetry in your marching band. Favorite track: Fallen Flowers.

Rockingtime Roniz James brandon Lewis is one of the most interestings and creative artist today. I love his various projects. He is versatile and never stop his musical exploration. He sounds great and his way of playin' is unique, he's got definitively his own style.

Barry Silver Just heard this performed live at Roulette for the release event. Magnificent! Super-strong material and what a band!

Abram Mamet This may well be one of the better albums this year, up with Pharoah Sanders & Floating Points. In a year where we have lost so many important elders, I for one am thankful for JBL and this quintet for building new canon and carving new space for this beauty to persist in the world. Favorite track: Fallen Flowers.


TAO Forms is rather stoked to present this astonishing new work from the fertile creative mind of tenor saxophonist–composer James Brandon Lewis. Performed by the Red Lily Quintet, an exceptional & singular inter-generational ensemble, this album speaks to the forever-evolving continuum of the jazz tradition.

Voted Rising Star Tenor Saxophonist in the 2020 DownBeat Magazine International Critic’s Poll, James Brandon Lewis supercharges his remarkable evolution with Jesup Wagon, a brilliant and evocative appreciation of the life and legacy of turn-of-the-19th century African-American musician-painter-writer-scientist George Washington Carver. [Sustainable agriculture was a key component of Carver's prescient thoughts into action; his Jesup Wagon was a key part of that]. This album consists of seven pieces that create a portrait of stunning clarity and depth.

There is so much special about this recording, James’ 9th, starting with [on the way in] the lavish artwork, including a reproduction on the cover of Carver’s own tantalizing drawing of the Jesup Agricultural Wagon, which is shown in a photograph on the back cover, rendering a dialogue of representation and abstraction that Lewis models in the music. And while liner notes are generally more relied upon than celebrated, Jesup Wagon’s are delivered by the great UCLA American historian Robin D.G. Kelley, who in 2009 released the definitive Thelonious Monk biography 'Thelonious Monk: The Life and Times of an American Original'. His notes, printed lovingly on an ochre background, contain much historical detail about Carver, particularly as they relate to the tunes. The fact that Kelley was willing to write them tells you something about the power of the music on the album, which Kelley calls “a revelation.”

If “revelation” is a word commonly used to describe master saxophonists like John Coltrane, Albert Ayler, Pharoah Sanders and Dewey Redman, then it fits easily in the horn of James Brandon Lewis, who is a keen student of those and many other elders. But while boundless energy characterizes his playing, it is also grounded by a deep sense of narrative, which is why he is attracted to histories, like Carver’s, or to theories like his own Molecular Systematic Music, used on his superb previous 2020 Intakt album, 'Molecular', or to artistic genres such as surrealism, modeled by Lewis on the stunning 'An UnRuly Manifesto' from 2019.

Helping James get it all out on Jesup Wagon is the Red Lily Quintet, anchored by the tectonic rhythm section of bassist William Parker and drummer Chad Taylor, and rounded out by cornetist Kirk Knuffke and cellist Chris Hoffman. Parker, who James says “has looked out for me ever since I arrived in New York City,” is a genius of the stand-up bass who performed with grand-master Cecil Taylor for 11 years straight. He is also a renaissance man in his own right. Chad Taylor, “one of the most melodic drummers I’ve ever played with,” James says, is a Chicagoan who has gifted to New York some of the energy and drama the windy city is known for. Kirk Knuffke is one of New York’s rare cornet players, using that instrument’s impish tone to explosive effect on dozens of records by New York jazz heavies. Chris Hoffman made his bones playing Henry Threadgill’s demanding music in a few of the great alto saxophonist’s bands, and has worked with artists as diverse as Yoko Ono, Marc Ribot and Marianne Faithful.

James grew up in Buffalo, which he calls a “groove town” of “hard workers” like Grover Washington Jr., Charles Gayle, Rick James, and Ani DiFranco, among them. Starting out on clarinet when he was 9, James moved to alto sax at 12 then tenor at 15. He attended Howard University in Washington, D.C. where he studied jazz fundamentals, then enrolled at Cal Arts in Southern California, working with greats like Wadada Leo Smith, Charlie Haden, and Joe LaBarbara. Notching his MFA there, he did a residency at the Banff International Workshop in Jazz and Creative Music where he worked with trumpeter Dave Douglas, pianist Angelica Sanchez and saxophonist Tony Malaby, among others. It was in Banff where he dove into the world of free jazz, continuing in that vein at an Atlantic Center for the Arts residency led by iconic New York City pianist Matthew Shipp.

Shipp and a few others lured him to New York City in 2012, where he quickly fell in with the cutting-edge artists, including drummer Gerald Cleaver and William Parker, that populate the jazz scene there. His second album, 'Divine Travels', released in 2014, featured the latter two musicians. Two albums he made in duets with Chad Taylor – 'Radiant Imprints' (2018) and 'Live in Willisau' (2020) – demonstrated that James had no hesitation dancing on the same wild turf that John Coltrane entered with his latter-day records featuring Rashied Ali on drums, although James says the inspiration was more Dewey Redman and Ed Blackwell’s duet, 'Red and Black in Willisau', recorded live in 1980. “Chad and I bonded over that one,” James says. Either way, it’s heady company.

Lewis also has an affinity for the spoken word, demonstrated on Jesup Wagon by a few timely placed short recitations. “Music is enough. But the older I get it’s important for me to have the listener hear my speaking voice,” he says. “Makes it more organic. I like to tell a story with an album.”

Poetry is just one of Lewis’ many obsessions, which also include painting, hip-hop and philosophy. “All of the people I admire have that kind of depth,” Lewis says. “William Parker, Oliver Lake, Yusef Lateef, all these amazing artists. George Washington Carver was a musician, a painter, a prolific writer, in addition to what most people know about him. Having a broad range just makes the cast iron skillet more seasoned.”

And now, in this fraught era, James soon delivers Jesup Wagon, essentially a collection of tone poems – or, as Duke Ellington might have called them, “tone parallels” – Duke being the instigator of this type of programmatic jazz. Poetry in music is what we get in this new masterpiece from James Brandon Lewis, who may well be crowned a master himself in the not-too-far future.

-Special thanks to Dana R. Chandler at Tuskegee University-

James Brandon Lewis Acclaimed Saxophonist & Composer who the New York Times described as “
   A Jazz Saxophonist in his 30's,Raw Toned But Measured, Doesn't sound
 steeped in current jazz academy values There's an Independence about him." ... more

Bandcamp Daily  your guide to the world of Bandcamp

Featured sounds by K.Spark and WIZDUMB, plus Basi joins the show to discuss his latest release.